Live Deep. Get Down.

Paul (AR) has been rocking dance floors for three decades. Let’s get to know him better as he makes his debut release with Deep Down

Argentina is arguably THE hotbed for progressive house globally. After welcoming Argentine producer Ric Niels to the roster last month, we are honoured to have Pablo de Mattei, known as DJ Paul (AR) join the Deep Down fam.

Born in Buenos Aires with a musical career spanning more than 30 years, Paul (AR) has earned a place among the best and most prestigious DJs in Argentina.

His style is defined as a mixture of progressive house and tech house. He has shared this sound globally playing at some of the best nightclubs and music festivals such as: Lollapalooza Argentina, Creamfields BsAs, Personal Fest, Moonpark, Brahma Beats, UMF – Ultra Music Festival, Fuerza Bruta Show, among others.

Let’s get to know Pablo better…

DD: Pablo, it is a pleasure to welcome you to the Deep Down family. You have been a DJ and producer for decades now, can you tell us how you ended up choosing this as your path? How did you become a DJ and producer?

Paul:  I started in the late 80’s, when I was 15 years old, putting together sounds at social events and, little by little, I was also playing music to some of them. I was lucky enough to have neighbours whose parents owned a recording studio. There, with their children, we practically grew up  between sound equipment, cassettes, open tapes and vinyl!

DD: You are close friends with el maestro, Hernan Cattaneo. Can you help our readers understand the influence he has had on the South American (and global) progressive scene?

Paul: With Hernan, we know each other since we were very young. We have been friends for more than 25 years. He was one of the pioneers in our country and in South America in choosing the Progressive House scene.

In the 2000’s when the progressive house exploded, I remember that there were very few DJs who were in this genre. There was a lot of techno and its derivatives. But I think his great decision to travel and live in London, when he was presented with the opportunity to have a monthly residency in a nightclub, he did not hesitate and that empowered him a lot as an artist.

He was in the cradle of the music scene, and in addition to the tour he did with Paul Oakenfold, he was able to demonstrate his great professionalism and virtue that he has as an artist.

DD: You describe your sound as a mix between progressive and tech house. Tech house just surpassed techno as the most popular electronic music genre. How do you blend these? Are you ever tempted to just focus on tech house?

Paul: As I mentioned before, in the 2000’s, there were not many Progressive DJs in Argentina, and in general I also liked techno stuff. But in my sets, with my style already defined, it was more neat sometimes to put a tech house track, than a techno one. But I never doubted Progressive House. It was and will be the main sound that identifies me. I like tracks to have a lot of melody and harmony. That’s why sometimes I play some tech house tracks that also contain those spices, that maybe techno doesn’t have. 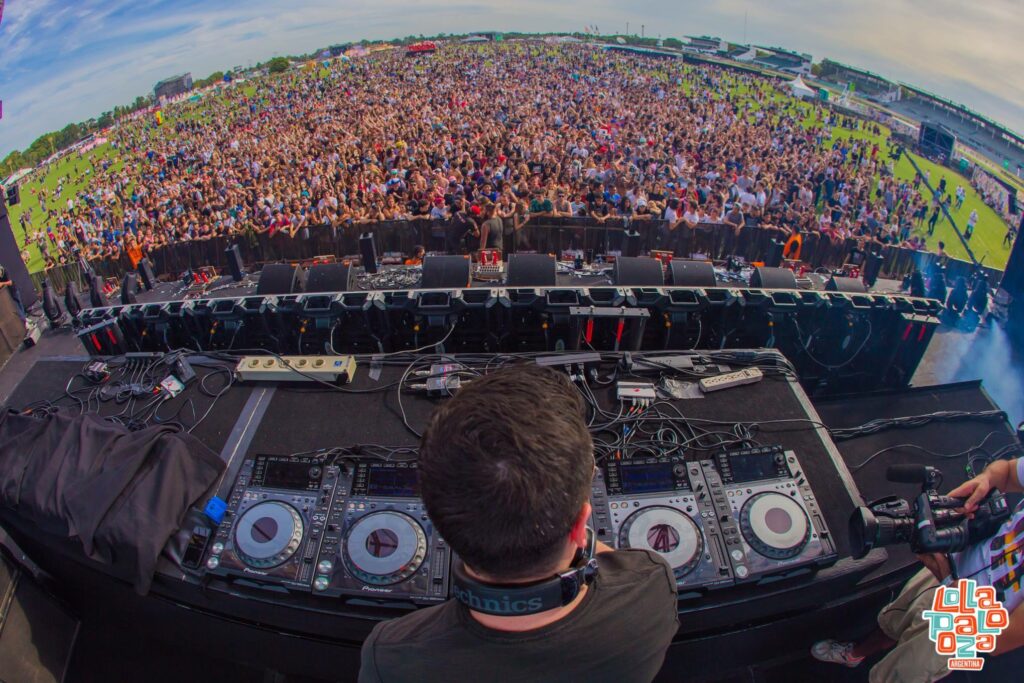 DD: Your productions have many details to them. So much attention to unique sound design, percussion, etc. How did you create this signature sound?

Paul:  I think it’s more by ear. I choose sounds and create a melody that I like and start working on it. The percussion thing I think is a great essential spice to form a good groove in the track, just that.

DD: Can you tell us a bit about your studio set up? Do you produce ‘in the box’ or do you use a lot of outboard gear?

Paul: I work only in the box. I’m not a musician. I don’t have any outboard gear. When I finish a track, I pass it on to those who know how to master and tidy up the sounds much better.

DD: What was the inspiration for the three tracks on the Deets EP?

Paul: Very rarely do I get inspired by something specific. Maybe it’s the kind of day I choose at the time and it focuses me more on locking myself away and getting down to composing. I often lock myself away to work when I’m not on the road or have a lot of free time.

Paul: Lots and lots of productions to come that I already have sealed on major labels such as : another EP with Deep Down , my debut on The Soundgarden , Strangers Beats , Perfecto Records, Dopamine, among others . In the pandemic I spent a lot of time producing a lot of ideas, then I was finishing them throughout 2021 and in the early months of this 2022.

Paul’s debut release with Deep Down Music comes out June 3. Check it out here.

Sign up for the DeepDown newsletter and get the latest deep & downtempo news, charts and interviews.

Do it. You know you wanna.

Our first sampler compilation featuring artists from around the world

Welcome Vihanga to the Deep Down family

We continue our love affair with Sri Lankan producers, welcoming Vihanga to the label

by Mark MacLeod
No Result
View All Result